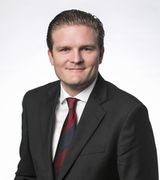 Lorne practices in family law, including:

abuse and recovery of children.

Binding Financial Agreements, particularly in relation to enforcement or setting aside.

He accepts briefs to appear in the FCFCOA in Sydney, Wollongong, Parramatta, Newcastle, Canberra, and other regional areas. He also accepts briefs interstate, including Brisbane and Melbourne.

guidance to his instructing solicitors, including settlement of applications (orders, pleadings) and assisting in the drafting and settlement of affidavit evidence.

Liability limited by a scheme approved under Professional Standards Legislation

In relation to parenting matters, Lorne regularly appears in final and interim hearings involving the

welfare and parenting of children. He represents parents, grandparents, and children as counsel for the Independent Children’s Lawyer. Lorne has extensively cross-examined court experts. Lorne’s approach to parenting litigation is child focused, seeking to ensure that the best interests of the children are met in the proceedings.

Lorne has vast experience in alternative dispute resolution and is regularly retained to appear at Conciliation Conferences, mediations, and arbitrations.

Prior to Lorne’s call to the Bar, he ran his own busy solicitor practice which included a broad range

of areas of the law.

If you wish to retain Lorne Havenstein, or enquire as to his availability or fees, please do so by

contacting him direct (or through his clerk).

The College of Law, NSW

Liability limited by a scheme approved under Professional Standards Legislation